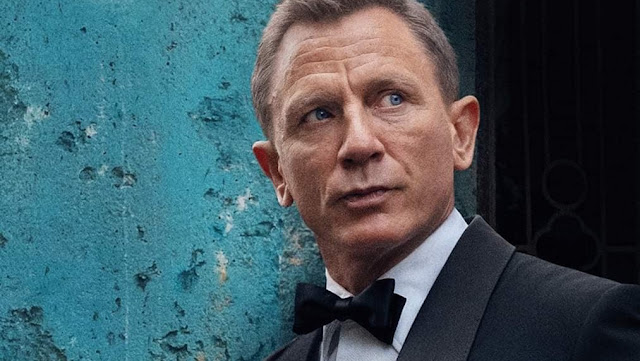 EON Productions has revealed today the official teaser poster artwork for the 25th James Bond film, No Time To Die. The poster, which can be seen in full on the official James Bond site here, features a photograph of Daniel Craig in tuxedo as agent 007 taken by photographer Greg Williams, who has collaborated with the series since 2002's Die Another Day with the exception of SPECTRE in 2015. Over this image of Bond against the turquoise wall of a place known as Palacio Velázquez in Cuba (we have yet to see what relevance has this scene into the movie), the film's logo is overimposed. The logo, created by Empire Design using the 1929 typography Futura Black, is notably huge in the US one sheet versions. International variations show it considerably smaller, with the title translation assigned to each location.