The last time we've seen Hubert Bonisseur de La Bath - better known by his codename OSS 117 - in action was ten years ago where he scavenged across and the outskirts of Rio to track down a microfilm containing the names of Nazi collaborators and their numbered Swiss bank accounts, while attempting to adapt to an ever-changing modern world and maintaining his self-appointed wisecrack attitude at the same time. 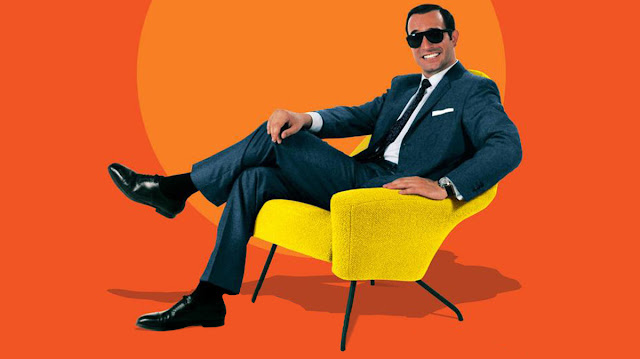 A perfect parody of the sixties James Bond films and EuroSpy pictures, along with taking inspirations from the respective eras of each period piece, a character originally created in a serious series of thriller novels by Jean Bruce is revived as a comedic spy thirteen years ago by writer Jean-François Halin and director Michel Hazanavicius. Along with actor Jean Dujardin in the lead role, these men forever immortalized Bruce's fictional secret agent albeit with a twist, fully reinventing him as a Frenchman working for DGSE rather than an American OSS operative of French descent as conceived in the books. But, despite all the wait and anticipation of a third film, the project has been in development hell for quite a few years now.


This year, however, proved rather successful for this production, having Dujardin and Halin set to reprise their roles as lead actor and writer, respectively. Hazanavicius, on the other hand, opted out of directing due to creative differences and was replaced with Nicolas Bedos. The film received the title OSS 117: Alerte Rouge en Afrique Noire (Red Alert in Black Africa in English), only this time its sets the period in the 1980s, skipping a decade as the last one took place in the sixties, and its predecessor in the fifties. What was reported originally by French outlets was that the original plan was to age the French spy which Halin refused to do, keeping the character forever young in possibly a floating timeline akin to the pre-reboot Bond films.

Yesterday, Dujardin and director Nicolas Bedos posted on their Instagram social media accounts that the film has officially started production and the cameras rolled in. This was an exciting news that fans of the franchise never thought would see after ten years too many when the character went absent from the screen. Actors Wladimir Yordanoff and Pierre Niney joined the cast as the new head of French Intelligence and the rookie agent to be tutored by Hubert, respectively. Filming will continue in France till the end of the year before moving to Kenya early next year.

But, before we delve away from the subject, can we also expect the return of Ken Samuels as CIA field officer Bill Tremendous? It would feel very empty without him!

For those who don't know much about the OSS 117 franchise, as we've covered before, its roots trace all the way back to 1949 when author Jean Bruce published his first book featuring the secret agent, who, since then, appeared in over 250 novels up until 1992. After Bruce's death, his wife took over the writing duties, who herself was succeeded by their daughter and her husband. Very few of them were translated to English and most of them only exist in their native language form - French.

The first film adaptation starring the character was released in 1956, played by Ivan Desny in OSS 117 is Not Dead, characterized as a detective-like intelligence officer on the trail of a conspiracy plot. Unfortunately, the film is very rare to find and copies hardly exist anywhere. The second production of an OSS 117 film launched a brief series produced by Paul Cadeac and most of them were directed by Andre Hunebelle. Just as when the James Bond film series started changing the concept of spy fiction on film, as well as the public view of a secret agent, OSS 117 is Unleashed was released in 1963, followed by OSS 117: Shadow of Evil a year later, both of which starred Kerwin Matthews as the titular character.

Changing leads with the next film, inexperienced but surprisingly talented Frederick Stafford took over the role of OSS 117, debuting a year later in OSS 117: Mission for a Killer, which was also set in Rio (the 2009 parody film even went as far to reuse some of the footage from its 1965 predecessor). At this point, when there were numerous Italian imitations of the Bond films, thus creating the subgenre EuroSpy, this series fell under that label, as well. Stafford received a lot of comparisons with Sean Connery and even looked the part of what could be "France's equivalent of James Bond".

The next film was the first not to be based on any of an existing material, but instead brought an original story on board penned by three-time Bond director Terence Young. A film which would later inspire both You Only Live Twice and The Spy who Loved Me. Stafford returned as the suave French secret agent in OSS 117: From Tokyo with Love, sharpening his skills as an actor, his performance was even better received than before. It is also the only film in this series not to be directed by Hunebelle.

OSS 117: Double Agent saw another change of actors as Stafford was unavailable to reprise his role, having been noticed by Alfred Hitchcock and starring in his spy drama, Topaz. John Gavin replaced Stafford as OSS 117, and Hunebelle was once again at the helm. This film featured many Bond alumnus, including Luciana Paluzzi (Thunderball) and Curt Jurgens (The Spy who Loved Me), as well as using plot devices that were both considered and used in the Bond film that was to come out a year later, bearing many similarities and coincidental events that parallel with that of On Her Majesty's Secret Service, one of which had submitted OSS 117 to "plastic surgery" to explain the change of actors. An element that was actually considered but dropped at the last minute to explain the transition from Sean Connery to George Lazenby. Another parallel scene had the spy rescue a dame from assailants at a beach, even going as far to using a similar time setting and clothing. Too much coincidence. This film also had Gavin come to producer Albert R. Broccoli's attention who considered casting him as Bond in Diamonds Are Forever when the series was touted to be Americanized. Thankfully, that didn't happen.

The Cadeac/Hunebelle series of OSS 117 films stopped producing further installments when the rights were sold to Pierre Kalfon, whose only production starring the character proved to be an unsuccessful film. Another effort to bring the character back to the screen, albeit for television, was made with the intention of starting a TV series which lasted only for a pilot episode. The rest is history as we know, when three decades later the franchise was reinvented as a clever spy comedy series of films, starting in 2006 with the successful OSS 117: Cairo, Nest of Spies and followed by 2009's OSS 117: Lost in Rio. Now, after years of waiting, we'll finally be getting our well-deserved third film. Here's hoping time goes rather fast, because one can hardly wait for it.

An official premise of OSS 117: Red Alert in Black Africa is yet to be issued to the public. The film will be released in France on the 3rd of February 2021. Though, it is unknown at this point when would it be coming out in North America and the rest of the world. Let's hope it's very soon!
Posted by The Spyologist at 5:00 AM