On The Lookout for the Perfect James Bond Video Game 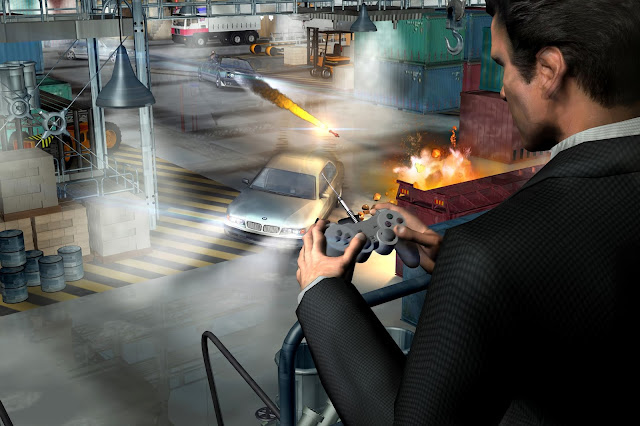 We haven't had a James Bond video game since 2012, if we don't count the James Bond: World of Espionage mobile game fiasco from 2015. Lately, everyone agrees that no 007 video game could beat the uniqueness of GoldenEye 007 and maybe the original stories Nightfire and Everything or Nothing came quite close to let us live in the world of Bond and being more than just a guy with a gun shooting enemies.


I've been asked lately what could make a video game that makes justice to the Bond legacy and, while I'm not a programming expert and I'm not properly a "gamer", I had a few ideas that I hope however comes after Activision takes into account. It would be quite complicated, I admit, and probably a developer would let me know I'm idealizing things way too much, but either way, after studying most of the Bond games for my book The Bond of The Millennium and their reviews I made a few conclusions based on what critics and gamers seemed to hope for a Bond game.

My first idea would be some kind of a mash-up between GoldenEye 007, Nightfire and Everything or Nothing with the free-world feeling of the Grand Theft Auto series by Rockstar. In a way or another, these three games let us live in the world of James Bond, but the Nintendo 64 classic was limited to the action missions and the other two were too scripted and linear, making us feel inside an interactive movie. The point is: we have to live in the world of James Bond - in that vast and luxurious world that includes shootouts, gambling, fast cars and seduction - but with a little bit of more freedom. 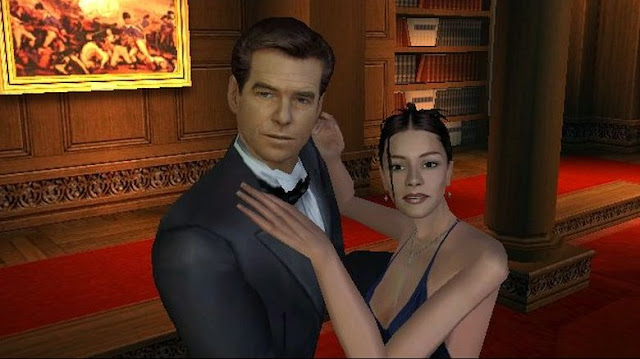 I know of some games that give you the chance of interacting with dialogues. We could be given three possible replies, one of them could lead us to our objective, another one gets us in trouble and we are blown. Remember how important the dialogues are in Bond films. In On Her Majesty's Secret Service, Bond is discovered by Blofeld when he (posing as Sir Hillary Bray from the College of Arms) mistakenly points out that the Bleuchamp tombs are in Ausberg instead of St. Anna Kirsch. In Tomorrow Never Dies, he provokes Carver by slipping up he has doubts of the "global positioning" of his satellites. That makes Carver send a few goons to "soften him up" yet he discovers the Media Mogul wasn't innocent. Just like in GoldenEye 007, we are given the option to complete the mission as we want with different techniques and by interacting with different people: one of the allies may die or may not, the main villain may meet his end in different ways, etc.

Imagine having the freedom of driving the Aston Martin DB5 throughout the streets, but using the gadgets or speeding may cause us trouble with the law, compromise the mission and affect our reputation with MI6. We can also talk and seduce any woman, who may or may not be relevant to the mission and/or the job in hand. That could cause us an important waste of time or a huge advance in gathering information to foil the enemy plan.

Bond is a sharp dresser and he knows what to wear depending on the occasion. Why don't we explore that a little bit? Knowing how to dress is part of "being Bond", what a Bond video game is meant to offer us. From Russia With Love by Electronic Arts allowed us that, although it was pure "make up" and the way we dressed Bond had little to no relevance in the game. Anyway, suppose you have to go to a casino or a party or the opera. You are not allowed to enter until you change into a dinner jacket. You get your debriefing at MI6, and a disclaimer reminds you to go properly dressed, then you go and pick a business suit. Same if you infiltrate an organization or the enemy troops as Bond does in Moonraker, wearing the yellow jumpsuits of Drax's forces. Picking up a disguise on a sticky situation may even help you to avoid the pursuers for a while, as Bond did with the clown suit in Octopussy.

The gambling section is another chapter. A Bond gamer should know (or learn during the game) how to play card games such as Blackjack, Baccarat, Poker Hold'Em or the Roulette. As in Casino Royale, part of your job would be beating a villain on a casino table to hurt his finances and his image before his superiors. Now, what if you beat him and then decide to keep playing and spending your money. You may win a fortune trying your luck or you can lose it all and compromise MI6. In Ian Fleming's novel Diamonds Are Forever, Bond infiltrated the Spangled Mob organization and for his diamond smuggling job he was paid by betting a certain number on the boss' casino. After winning the arragned amout, he decided to try his luck and kept betting, doubling his money. That, however, aroused suspicion on the enemy side. But still, that could be yet another "live like Bond" offer.

On a few Bond games, pulling out your gun in public endangered the mission. That should be kept in mind for future Bond games - the player should be wise enough to know when he should pull his gun out and shoot an enemy down and when he shouldn't. That's something Mission: Impossible for Nintendo 64 did brilliantly (remember what happened if you neutralized that woman on the red dress that was sent to kill you in the middle of a party at the Embassy?).

Most gamers don't pay attention to the FMV sequences, but what if you have important details there? You are posing as Mr. Robert Sterling from Universal Exports, but you introduce yourself as James Bond or by any other name while on a mission. That jeopardizes the assignament. Or not. Remember how 007 ditched the "Arlington Beech, professional gambler" masquerade in Casino Royale and for a good reason? Bottom line: you never fail the mission until the mastermind succeeds with his plan and there's nothing else you can do.

Most people would probably tell me this is extremely unlikely to happen. Either way, those were some ideas for the next publisher, developer or screenwriter of a future and (yet unexistant) James Bond game many of us would like to play and would hook us for hours. We don't have to just live in Bond's world. We need to be free on it.

Email ThisBlogThis!Share to TwitterShare to FacebookShare to Pinterest
Labels: 007, everything or nothing, goldeneye, james bond, Nightfire, the bond of the millennium, video games